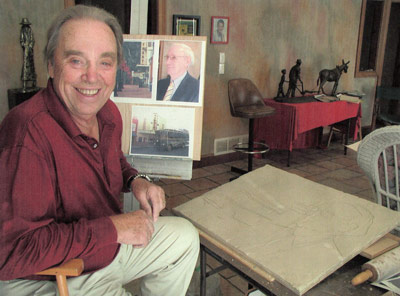 Sculptor Don Haugen is one of the most notable figurative artists of his time. Having honed his creative skills over a lifetime, Don is passionate, precise and articulate when it comes to rendering the human figure in clay or bronze.

Near the beginning of his professional career, he was honored as the first-place winner of the prestigious James Wilbur Johnston International Figure Sculpture Competition. He has honed his artistry with time and is now an internationally-known sculptor based in Atlanta.

His work can be found throughout the United States and Europe in numerous private collections and on public display. Some of these include the International Olympic Archives, the Reagan Library, the Jimmy Carter Library, Georgia Institute of Technology, the Atlanta Botanical Gardens, The University of Georgia, the Shepherd Center, Mercer University, Clemson Univeristy, and more. His public art can be seen throughout the southeast and in downtown Atlanta, Roswell, Georgia, Perry, Georgia, Tifton, Georgia, and more. Haugen now works primarily from his studio in the Atlanta area creating portraits and life-sized, bronze sculptures. 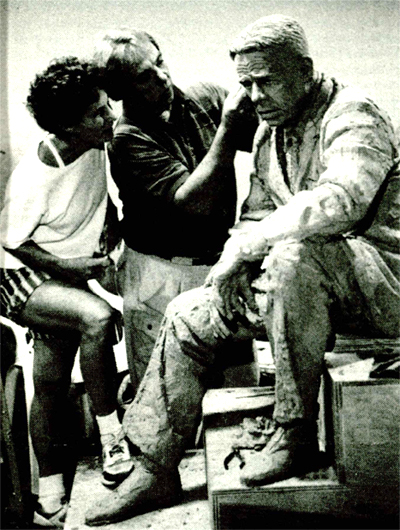 Don began sculpting when he was 10 years old. He won his first sculpture competition at 13 at the county fair with a wood carving of a cat. As he grew older he was encouraged to pursue more secure professions than that of an artist.

Haugen is a natural sculptor and is primarily self-taught. Now specializing in bronze, figurative sculptures, he attended classes at the New York Academy of Art and the Scottsdale Artists School. He has studied with internationally known sculptors Bruno Lucchesi, George Lundeen, Lincoln Fox, Grant Speed, Richard McDonald and Peter Rubino.

Having thrown himself into his sculpting, Don was the first place winner of the prestigious James Wilbur Johnston International Figure Sculpture Competition in 1989. This event brings finalists from worldwide entrants into the same room for a head-to-head, monitored competition. This is a one-week, on-site, same-room, same-model competition judged by three internationally known sculptors. As winner of this competition, Don was recognized as best among the best.

Don’s wife, Teena Stern Haugen, is also an accomplished sculptor. They have been collaborating on life-size works since the 1990s.